Two things you need to reach your weight loss goals are

better skills and a healthy mind.

Hey there! My name is

Professional athlete turned mental health professional and therapist. I help women change their relationship with their bodies, creating their 2.0 NSL (Neuro-Slim Life) by teaching sustainable weight management techniques they can use long-term.

I do this through simple, effective methods that are taught in the exclusive Neuro-Slim Solutions exclusive coaching program.

As a cancer survivor and someone who lives with MS, I know the struggles that can come with life while trying to stay fit, healthy, and energetic. I teach women how to think differently so that their sabotaging thoughts no longer hold them back from achieving their weight loss goals. It’s time to live a life full of confidence, energy, passion, and purpose.

11 years ago, at the age of 25, I moved back to Canada from the UK. Divorced, jobless, financially broke, and extremely underweight, I needed to take a “step back” and move back in with my parents. I felt like I had failed at life and had no idea what my purpose was or if I even had the strength to keep going.

But, deep down, I thought I still had something to offer this world. I just didn’t know what it was – YET! So, I grabbed a fitness magazine, went down by the lake, and asked myself, “What should I do now?” Flipping through the pages, I was stunned by how beautiful the women were. It was then, that I knew what I was going to do! I was going to be strong independent woman by becoming a fitness competitor/model. (I know… superficial in so many ways… but bare with me). I was going to be powerful – both physically and mentally. I was going to be a role model and help other women find their personal power. Yes, women’s health and fitness were going to be my purpose! (Besides, I had been to University and built up a hefty resume of fitness, dietetics, and specialty certifications in Yoga and Pilates)

Within 6 years, I did what I set out to do. I graced multiple magazine covers and publications, won 4 IFBB Bikini Titles, and landed numerous sponsorships. I was on top of the world – I had a fit lean body, dominated the competition stage across the globe, and was known as one of the top competition-prep coaches. But in life, as we know, we get thrown unexpected curve balls. Once again, I was not mentally ready for what was about to happen.

"We don’t grow on our easiest days, we grow on our hardest days. Even if we are facing challenges, there are opportunities to learn and to develop."

The Big C – I was diagnosed with thyroid cancer. Within 6 months, I lost my identity as an athlete, gained over 50lbs and watched my “fitness friends” leave me high and dry because I was no longer of “value” or had “status”. This spiralled me into a deep depression.

I had pulled myself out of the darkness before, but could I do it again? I saw one major problem, I couldn’t physically push myself through this. I needed to mentally LEVEL UP; but I didn’t have the skills.


My solution? I began to immerse myself in every self-help book I could find. This eventually led me down the path of specializing in neuroscience and CBT (Cognitive Behavioural Therapy) in my Master’s degree and through courses at the Beck’s Institute. Going back to school to learn neuro-psychology helped me to understand and change my own self-defeating thoughts. Neuro-psychology work helped me develop the critical skills I needed to lose my thyroid cancer weight sustainably. What I didn’t realize was that in that 5-year process, I created newfound confidence that stemmed from the inside! (my 2.0 NSL) This brings me to what I do NOW…

Today, I continue to transform the lives of women, but with a serious upgrade. After 15 years of development, the Neuro-Slim Solution was created, including the 3-step proprietary process that helps women lose weight sustainably while creating the 2.0 NSL (Neuro-Slim Life) they’ve dreamed about. The program focuses on long-term brain health, to help reduce the negative effects dieting can have on cognition – including diseases such as disordered eating, hormonal imbalances, and mood disorders. It’s true, once I lost control of my body due to cancer and depression, my entire perspective on what really matters in life changed. I remember thinking, you can have a lean body, but what does that matter if you aren’t going to enjoy living in it? My purpose, my reason behind the Neuro-Slim Solution is to ensure brain health is optimized when losing and maintaining a healthy weight… so can create, and live out your 2.0 NSL.

Through my extended education in Functional Medicine and CBT, I understand that to lose weight and maintain it long-term, we have to go beyond just a quick fix “diet and training” approach. After seeing how impactful neuro-psychology-based tools are in obtaining weight loss results, I decided to dedicate my entire practice to it.

“My life is no highlight reel, but I assure you, it's not a boring one."

My mission is to help women make lasting changes in both their behaviour and their thinking and use their brains to drive their weight loss goals. How? Having one-to-one conversations with my clients. I will carry out my purpose and teach my step-by-step approach to long-term 2.0 health and happiness, without sacrificing the health of the brain. There is not a shadow of a doubt that I am living my 2.0 NSL. I would be honoured to help you do the same!

For women who have tried every diet and want a permanent weight loss solution! 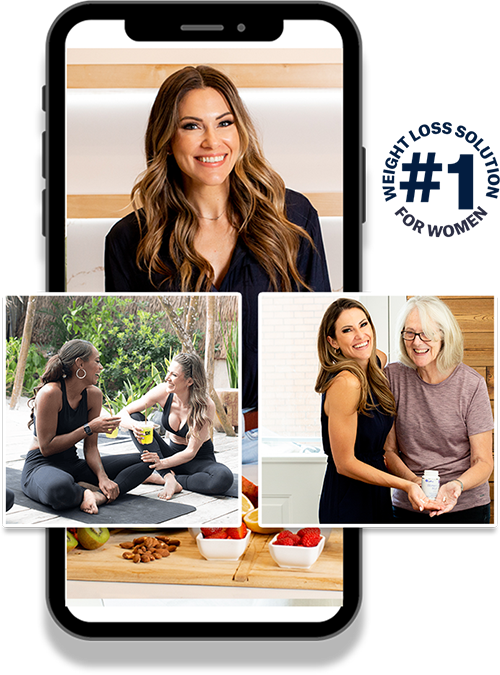 CONNECT WITH YOUR NEURO-SLIM COMMUNITY

You've got to be willing to let go of what you've

LOSING WEIGHT IS NEVER ABOUT WILLPOWER In my 15+

They say attitude is everything, and I know this t

Make Yourself a Priority – Not an Option. Makin

Making “When I, Then I” statements works to ch